Warning: mkdir(): No such file or directory in /home/customer/www/mvchurch.org/public_html/wp-content/mu-plugins/endurance-page-cache.php on line 1452
 Thanksgiving at Mission Viejo Church of Christ | MVCoC Skip to content

Thanksgiving! I can almost bet on my life that some of the things that flushed through your mind include a table filled with turkey, pumpkin pies, decorations, family reunion, and some football cheer.

Like any other holiday, Thanksgiving is an occasion to look forward to. But while this has become the new definition of Thanksgiving, there is a lot more that lies in the meaning of Thanksgiving than hefty meals and good company.

So, where did Thanksgiving come from?

The History of Thanksgiving

102 passengers boarded the Mayflower ship in September 1620. While some passengers left Plymouth England to find a place they could freely practice their faith, others sort land ownership as well as prosperity. Nevertheless, most of these passengers were an assortment of religious separatists. 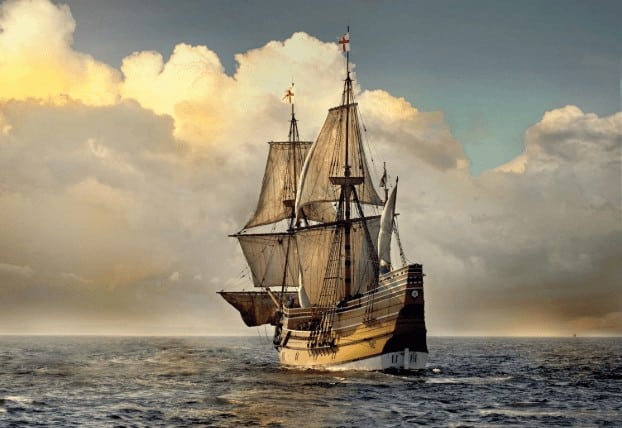 However, the 66-day journey to the new land was a treacherous and uncomfortable one that led the Mayflower further from the Hudson River and closer to the tip of Cape Cod. Nevertheless, after a month, the people on the ship, commonly known as Pilgrims, crossed Massachusetts Bay. This is where they started establishing the village of Plymouth.

Life on the new settlement area was not easy either. Most of the Pilgrims stayed on the ship over the course of their first winter. The season was brutal and as a result, the Pilgrims endured scurvy and outbreaks of infectious diseases. When the season came to an end, only half of the Pilgrims were left alive..

The remaining pilgrims settled ashore in March. An Abenaki Indian that spoke English received them on land. After a few days, the Indian came back with another Native American called Squanto. Squanto was from the Pawtuxet tribe. He had been kidnapped by an English sea captain, sold into slavery, and escaped back to London..

Squanto became the teacher to the Pilgrims. He taught them how to survive by catching fish, cultivating corn, avoiding poisonous plants, and extracting juice from the maple trees. Squanto assisted the Pilgrims overcome malnutrition as well as illness..

Besides, Squanto aided the creation of the alliance between the Pilgrims and the local tribe of Wampanoag. This alliance is tragically known today as one example of harmony that existed between the Native Americans and the European colonists. The coalition lasted for more than 50 years.

The Pilgrims made their first corm harvest in November 1621. The Pilgrim Governor ordered a celebration for the harvest. His name was William Bradford. The chief of the Wampanoag tribe, Massasoit, was present with his people during the festivities. This was the allied Native American tribe to the Pilgrims. The festivity is historically identified in America as the initial Thanksgiving.

The auspicious celebration that lasted three days was also attributed as a means to give thanks to God. Edward Winslow, the Pilgrim chronicler, wrote, “And although it be not always so plentiful, as it was at this time with us, yet by the goodness of God, we are so far from want, that we often wish you partakers of our plenty” about the occasion.

This was the beginning of the realization of Thanksgiving as a Christian fellowship. Later, the Pilgrims experienced a prolonged drought that threatened to consume their annual harvest. The Governor proclaimed a religious fast, and in 1623, the second Thanksgiving festivity was planned as a sign of the ending drought. 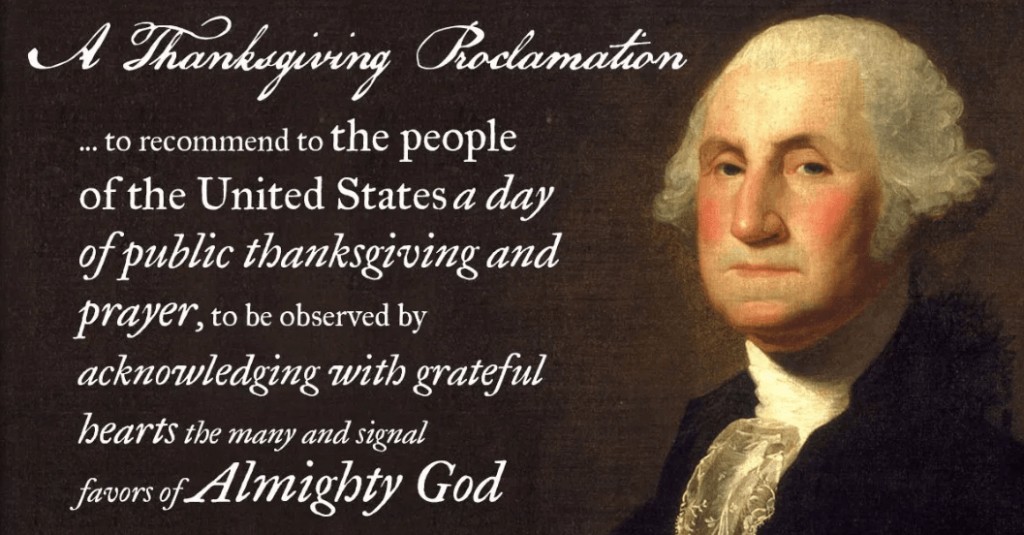 American National Holiday for Giving Thanks

New England settlements later made days of fasting and Thanksgiving a practice every year. The Continental Congress each year nominated a day or more as Thanksgiving days. The American Revolution was prevalent. Later, in 1789, the national government proclaimed the first Thanksgiving of the United States..

President George Washington asked his citizens, “to show their gratitude for the successful ratification of the United States Constitution and the end of the war for independence.” His succeeding presidents, Adams and Madison, also appointed thanksgiving days during their presidential reign.

The first yearly Thanksgiving holiday became official in 1817 in New York. During the peak of the 1863 Civil War, Thanksgiving was declared by Abraham Lincoln to be the last Thursday in November.

In his proclamation, Abraham Lincoln pled with the Americans to ask God to “commend to his tender care all those who have become widows, orphans, mourners or sufferers in the lamentable civil strife” and to “heal the wounds of the nation.”

During the 1939 Great Depression, President Franklin D. Roosevelt pushed the holiday one week as an attempt to increase retail sales. However, many people opposed his idea, and in 1941 Franklin was forced to declare Thanksgiving in November, on the fourth Thursday.

Thanksgiving has seen several transitions throughout American history. Thanksgiving started as an expression of gratitude for the survival of the American people. It was also a symbol of recognition for the flourishing communities. Additionally, Thanksgiving was carried out after the submission of the local natives.

Also, Thanksgiving was conducted when the Americans defeated the British. As a result, the concept of Thanksgiving bears a collection of the values and traditions of the American people. Nevertheless, many different families have added their customs to the celebration of Thanksgiving while preserving the integrity of the prestigious occasion.

For instance, for many people, Thanksgiving is a sign of unity. The concept of people coming together in a purposeful celebration is still invigorating. Hence, Thanksgiving is a symbol of reconciliation as well as healing among people. During this period, many people share their victories and struggles. This breeds hope and strength.

Thanksgiving is also an opportunity for the older generation to teach the young. Many families share sentimental history through storytelling on holidays. Each of these stories carries a heritage that is significantly rich with purpose. Additionally, legacies such as the prayer of Thanksgiving before the meal is a shared family legacy.

Thanksgiving means preparing the heart. This is a period of gratitude that allows individuals to reflect on their prosperity. Therefore, by giving thanks, the Thanksgiving holiday is a way of extending blessings to the less fortunate. That is why many people offer their resources to help others out of the abundance of their hearts. 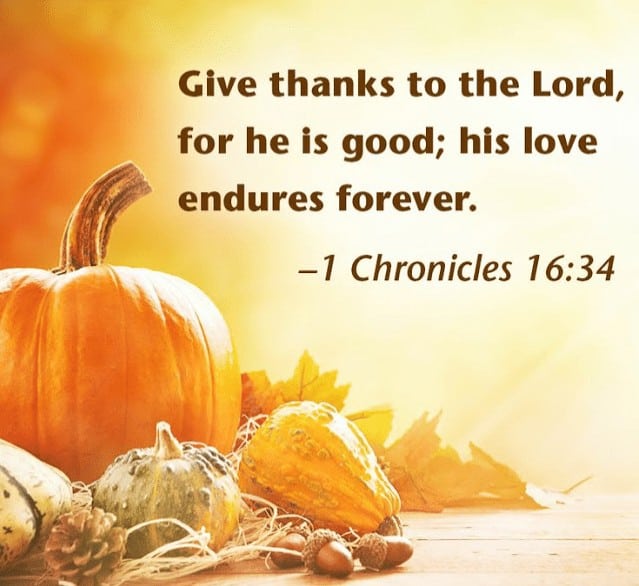 Thanksgiving as a Christian Church Tradition

The Christian fellowship is a call to a life of Thanksgiving. Since creation, Christians regularly give thanks to God.
Traditionally, God created a system of sacrifice so that the children of Israel could show their thankfulness. This special sacrifice is known as a peace offering in Leviticus 7:11-15, “And this is the law of the sacrifice of peace offerings that one may offer to the Lord.

1 Chronicles 16:34, “Give thanks to the Lord, for He is good; His love endures forever.” This simple phrase is repeated several times in the Old Testament. Why?

From the two verses, any person that carried the special sacrifice was blessed. However, this individual had to first be in a situation that created the need to give thanks to God. Take, for instance, the book of Psalms. It has the themes of hunger, homelessness, prison, labor, rebellion, loss, and weariness. All these themes share a universal call to action: to give thanks to God.

1. It is a chance to give Praise and Thanks to God

The steadfast love of God is the primary reason for giving thanks to the Christian fellowship. Thanksgiving is also a chance for Christians to praise God for his righteousness and goodness. Psalms 100: 4, “Enter His gates with Thanksgiving, and His courts with praise! Give thanks to Him; bless His name! We give thanks to the Lord for His goodness and His love.”

2. It is a reminder to be more than Grateful

For Christians, gratitude alone is insufficient; it must be followed with actions. The Bible commands the Christian Church to give thanks to God. 1 Thessalonians 5:16-18, “Rejoice always, pray without ceasing, and give thanks in all circumstances; for this is the will of God in Christ Jesus for you.”

Besides, giving thanks is the most significant response to God’s Love and Grace.

The purpose of Thanksgiving cannot be overlooked, minimized, or ignored. From creation, through the Old and New Testament, and the American history, the desire to praise God has remained evident. If the Civil War could not interrupt the American desire to worship God, what is there to stop Christians from giving thanks?